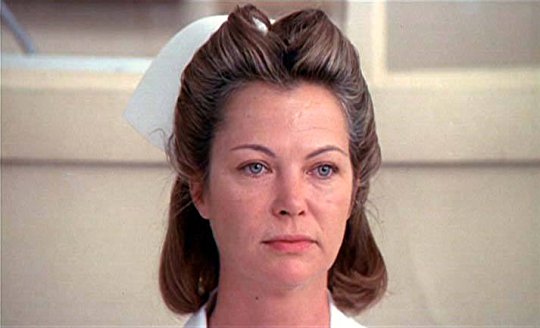 I referenced struggles with mental illness previously, so I should probably clarify that a little more.  I don’t want to scare anyone away.  First of all, I am fine now, and have been for more than 30 years.  I am not crazy any longer, though being crazy for a while was one of the things that made me who I am today, for better or worse.

When I was seven, I was diagnosed with “mild schizoaffective disorder”, which in my case took the form of severe clinical depression with a hint of schizophrenia to make it more interesting.  Whether this diagnosis was correct, especially since schizophrenia is extremely rare in young children, has been something I have given a lot of thought to, and still have no definitive answer.  The depression was very real and got worse in my teenage years before getting better and then disappearing in my twenties.  The schizophrenia, if that’s what it was, went away almost immediately after a traumatic incident.  I haven’t required any treatment for either in about 25 years.

First of all, I must clarify for maybe the ten-thousandth time in my life that schizophrenia is NOT Multiple Personality Disorder, or what is now called Dis-associative Identity Disorder.  Schizophrenics don’t have multiple personalities.  The misunderstanding is understandable, because schizophrenia means “split mind”, but that comes from the fact that schizophrenic minds have a split from reality.  Schizophrenics have hallucinations and delusions, and their brains are often so mixed up that they don’t even understand them as such.  The hallucinations and delusions become reality, and no amount of evidence to the contrary makes any difference.

Or it may not be true.  The media doesn’t seem to have any more understanding of schizophrenia than the general public, and often throws the term around when they really mean something else, such as psychopathy (sociopathy is another term for the same thing), which does increase your chances of being violent.  But a psychopath, i.e. someone with little or no empathy for others, is a totally different creature.  Now of course it’s perfectly possible for someone to be both a schizophrenic and a psychopath, but that would be very rare, since each condition occurs in only about 1% of the population, and 1% of 1% makes for low odds (0.01%, or 1 in 10,000).

Also, I should add that there are many psychopaths walking around who are not violent or even ill-behaved.  They don’t usually make for very nice people to be around, because they don’t particularly like people and often have the emotional intelligence of a brick, but they often don’t end up doing anything criminal or even unethical.  (If you want to find out if you are a psychopath, take the Hare Psychopathy Checklist, which rates you on a scale of 0 to 40, the latter being totally wacko.  Having been another kind of wacko myself, I can use those kinds of words the way that African Americans can use a certain word, but NOBODY else can!).

In my case of schizophrenia (I’ll continue calling it that for sake of argument), I experienced no delusions; I didn’t think I was Jesus or that aliens were coming to get me.  Also, my cognitive abilities were just fine.  I knew the hallucinations either were not real, or if they were, they were not real in the normal sense of the word.  Schizophrenics often have anosognosia, which is the lack of awareness that they have a problem.  I didn’t have that.  I knew very well that something was different about me.

But was it a problem?  My former boss had a comic pinned to her bulletin board of a woman lying on a psychiatrist’s couch saying, “Nobody in my family suffers from mental illness.  I think they actually enjoy it.”  Now, huge disclaimer: I know that schizophrenia is usually a terrible disease that can be catastrophically disabling, and is often terrifying to the sufferer and those around him or her.  However, it wasn’t usually that way for me, which is I suppose why they termed it “mild”.  To be honest, I actually enjoyed it.  I miss it.  It was the treatment and living with the stigma that were terrifying.

I did experience hallucinations, mostly auditory and some visual.  In some cultures, those kinds of people are treated as gifted, even as shamans.  In our culture, we are treated as mentally ill.  Most schizophrenics’ auditory hallucinations are voices, and sometimes they say very unpleasant or frightening things.  I didn’t have that, as far as I can remember.  I heard music, and it was always very pleasant music.

I don’t mean I heard it silently in my head.  I know what that feels like, and it is completely different.  I heard it for real, as if with my ears, except that I was usually the only one who could hear it.  If it was real in some sense, it wasn’t real the way most people hear music.

I say “usually the only one”, because sometimes my brother could hear it too.  I have not yet written about my brother, because it is a very painful subject.  He committed suicide when we were seventeen.  We were very close, even for identical twins, and it is the worst thing that has ever happened to me, and ever can happen to me.  I’m not quite ready to write about him directly, but will reference him occasionally as I did above when I have to.  His name was Kalfur, but everyone called him Kalfi.  Or Calvin.

To a lesser extent, I also had visual hallucinations, but they were very specific and didn’t happen very often.  Kalfi and I both saw what we called “shadow people”.  These were what looked just like three-dimensional life-sized shadows, and I most often saw them when I was walking through the woods around our family’s home in Vermont.  They never made a sound, and never approached us or seemed even to notice our existence.  Their only mode of communication was, if we got very close, we could sense what they were feeling emotionally, and it was usually not pleasant.  Sadness, loss, grief, shame, anger, frustration.  In some, there was a feeling of contentment or of being carefree, but never truly happy.  Were they really hallucinations, or were they something else?  Ghosts?  Were we like that kid in The Sixth Sense?

What I mentioned above is one reason I question whether it was truly schizophrenia.  How do two people share the same hallucinations?

One time I remember very clearly was a brightly moonlit night when Kalfi and I were out at our favorite spot in the forest, looking up at the sky.  I want to write more about this later, because it is a beautiful memory for me.  That night, a family of black bears walked right up to us as we were lying on our backs and started eating from a blackberry bramble near us.  The music I heard coming from the sky was one of the few auditory hallucinations I still remember completely, because I wrote it down later that night and still have the sheet music.  After the bears left and we felt it was safe to move, Kalfi and I walked back through the woods up to the house.  I knew I wanted to write down the song I had just heard and didn’t want to forget it, so I began to whistle it out loud.  Kalfi said, “Oh you heard the song of the moon too!”

The other reasons I have my doubts it was schizophrenia were 1) the lack of delusions (unless I was deluded about that too), 2) the awareness of the hallucinations as either being unreal or from another reality from what others experience, 3) the infrequent visual hallucinations, which were of only one thing, and 4) the fact that it simply went away once my brother died.  There is no cure for schizophrenia, but if that’s the case, I have been in remission ever since, and without any treatment.

Was I mentally ill, or was I just an extremely imaginative kid who loved music and of course heard it everywhere?  I really don’t know.

All I know is the horror of being treated by doctors and nurses like a crazy person, and I saw plenty of truly crazy people during that time.  I thought becoming a raving lunatic locked in a straight jacket was my destiny.   When you’re seven years old, especially an extremely sensitive seven-year-old with severe depression, these kinds of nightmares can seem very real and very terrifying.  I developed a completely irrational and extreme fear of mental illness to the extent that in order to get me anywhere near a doctor to receive the treatment, I literally had to be locked up, and that made the terror even worse.

Depression also has its misconceptions.  Most people just think its being very sad, and that can be one symptom.  But it’s a lot more than that.  What made it especially awful for me was the sense of hopelessness.  Kalfi and I called it the Black Hole.  Going into a depressive episode felt like falling into an endless black abyss, spiraling ever more out of control.  Even though you have gone through it before and survived, what you feel is that it will never, ever end.  You feel that this time, it can only end when it kills you – or you kill yourself.  Ironically, the most enduring consequence of my “treatment” for schizophrenia was both a fear of and an obsession about killing myself.  It is what ultimately got Kalfi and almost got me too.

I won’t say where all this took place, because that particular hospital did some wonderful things for Kalfi and probably kept him alive well beyond his time, but I still cannot go near where it used to be (they tore it down) without shuddering.

Tomorrow I want to say something more about folie à deux, because I think there might be something to it in our case.  Folie à deux or “madness of two” is when two people share the same psychosis.  This could be the explanation for our shared hallucinations.  In most cases there is a “primary” and a “secondary”, and my being a secondary might explain why when Kalfi died, I no longer experienced any hallucinations.  I said I didn’t want to say much about Kalfi yet, but I see that I’ve mentioned him many times.  It seems like I will have to again soon.

View all posts by astroelf